KalVista has created a structurally diverse portfolio of oral plasma kallikrein inhibitors and advanced candidates into clinical trials for both on-demand and prophylactic treatment of hereditary angioedema (HAE). In February 2021, we reported positive results in our Phase 2 clinical trial for KVD900 as an oral on-demand treatment for HAE attacks. In addition to KVD900, candidate KVD824 is in development for prophylactic treatment of HAE with the Phase 2 KOMPLETE clinical trial underway. KVD824 could be an excellent companion to KVD900's profile as an on-demand therapy to together serve all of the needs of HAE patients. Looking to the future, we are also excited about our oral Factor XIIa inhibitor program as an additional HAE therapy, with IND-enabling studies anticipated in 2021.

HAE is a rare genetic disorder in which patients experience sudden onset of swelling in various locations of the body. Disease symptoms typically begin during childhood and become more pervasive during puberty and adulthood. Patients with HAE lack (type I) or have dysfunctional forms (type 2) of C1-inhibitor, a critical protein that controls the enzyme plasma kallikrein. Some number of patients, known as type 3, experience HAE attacks despite having normal levels of C1-inhibitor. In an HAE attack, lack of C1-inhibitor leads to excessive activation of plasma kallikrein that in turn generates the vasoactive peptide bradykinin, which is responsible for a sudden increase in vascular permeability and leakage of fluid into tissues. Swelling attacks can occur anywhere in the body, ranging from swelling of the abdomen which, if undetected, can lead to unnecessary surgery, to swelling of the airways, which can lead to asphyxiation and death. The disease occurs in approximately 1 in 10,000 to 1 in 50,000 people. Replacing C1-inhibitor or inhibiting activated plasma kallikrein or bradykinin has become the mainstay of therapy for HAE in the US since the early 2000s, although most of the currently approved therapies are delivered by injection or infusion.

We reported positive Phase 2 results evaluating KVD900 as an on-demand treatment for HAE attacks in February 2021. We now intend to interact with regulators to determine the requirements for future clinical trials to support filing of a New Drug Approval (NDA). We believe there is a well-defined regulatory pathway for an oral on-demand treatment of acute HAE.

KVD824 is in development for oral prophylactic treatment of HAE with Phase 2 KOMPLETE trial underway.

Learn More About Our Pipeline 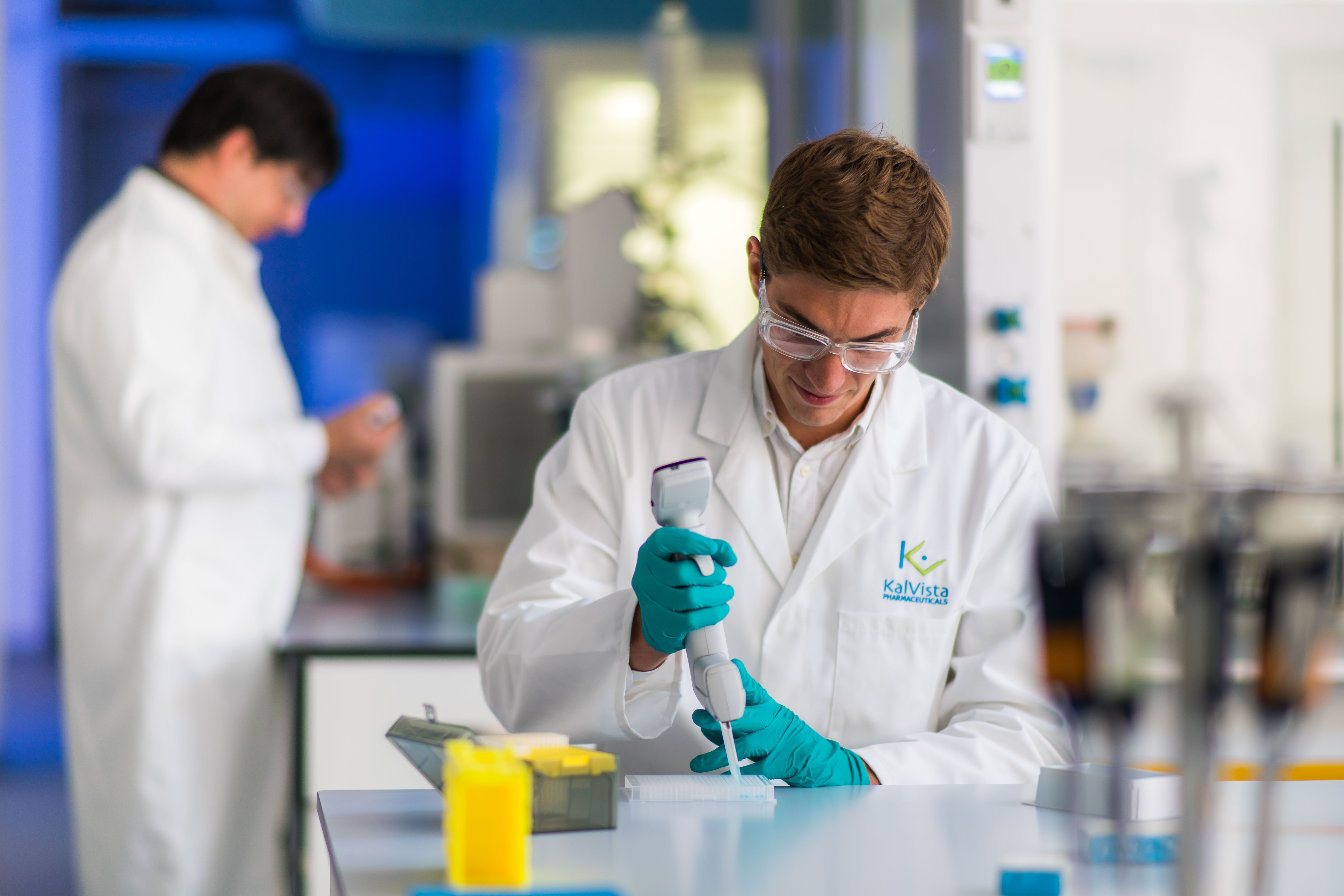